You already speak German! (Kind of...)

English/German similarities, cognates, false friends, and the rise of "Denglisch" 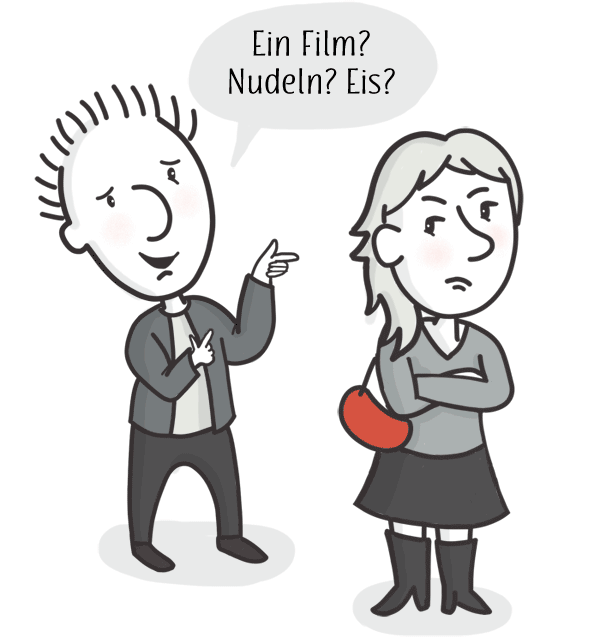 Jens has noticed that when he hears people speaking English, lots of the words seem similar. He did a little reading to try to figure out why.

It turns out that German and English are both considered Germanic languages, so they have a lot in common.

That’s great news for Jens because he just met a nice English-speaking lady on the train.

He’s hoping she’ll understand enough of what he says to know he’s asking her out for dinner, a movie, and maybe some ice cream. He’s banking on her understanding these similar words:

What do you think? Does Jens stand a chance? If he strings together the right words, anything is possible, but he’s probably wishing he had paid more attention in his English class.

Pass auf! — Watch out! Words that are not what they appear to be

Jens knows he has to be careful. His English-speaking friends are always snickering when they hear certain German words. These words definitely aren’t what they sound like:

Here’s a life lesson from Jens: If someone in Germany offers you a gift…run! This situation would also be a great time to know the German words for police and help!

Hey look! Those words sounds like their English equivalents too!

The rise of "Denglisch" — Why Jens infuriates his grandma 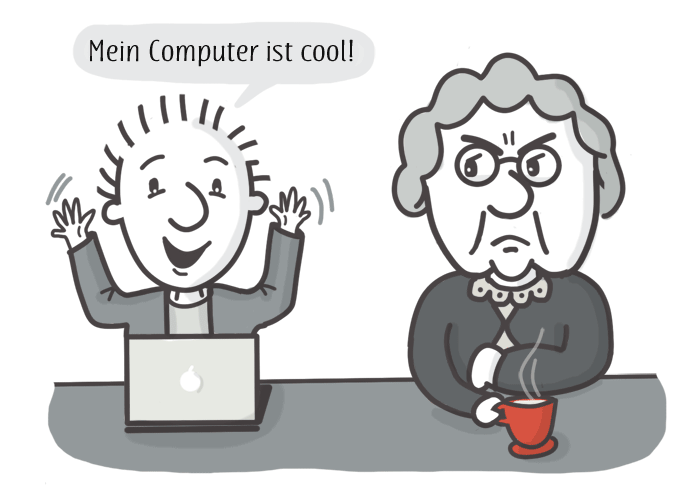 Jens is a younger German, and his grandmother can’t stand some of his slang.

Every generation has its own slang words, but to the surprise of Jens’s grandmother, Jens is starting to adopt English slang! (Gasp!) This is something happening all around Germany.

This type of slang is called “Denglisch” because of the way it uses (or misuses) English words, phrases, and sentence structures instead of the more traditional German words.

Here are some words and phrases that you might hear in Germany that will make you feel right at home:

However, many Denglisch words are tricky because they don’t mean what you think they would.

Denglisch words that don't make much sense at all:

So the good news is that as you learn German, a good chunk of the language will look familiar.

Just be careful to check your word meanings to avoid a Katastrophe.