How to order food in a restaurant 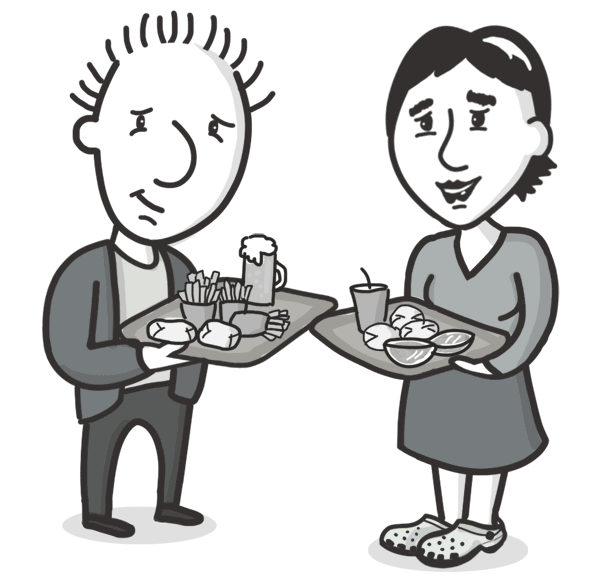 You probably saw this coming, but Jens has chosen the McDonald’s near Oma’s house for his romantic date with Julia.

Jens is convinced it will be the perfect location. Great ambiance! Buzzing industrial lights! Crying children! The sweet, sweet smell of over-cooked fries!

Being the gentleman he is, he arrives early and grabs the only table that isn’t smeared in ketchup.

While he waits for Julia, he tries to decide what he should order.  He doesn’t want to look like a pig, but he really wants all of these menu items: 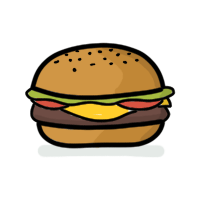 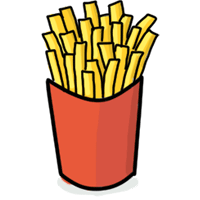 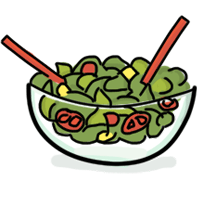 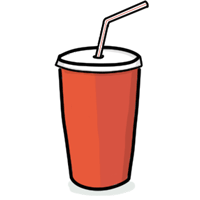 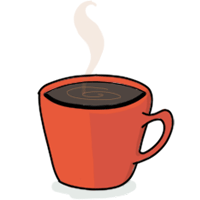 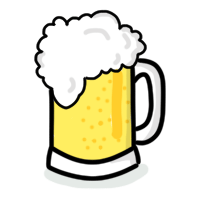 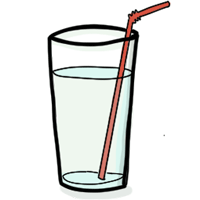 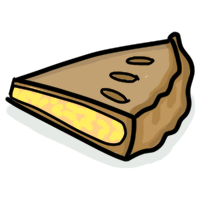 * Jens's Pro Tip: In many German restaurants, the standard water (Tafelwasser or Mineralwasser) is sparkling. So remember to order Playstilles Wasser if you don’t want the bubbles.

The basics of ordering food

Before Julia arrives, we should probably learn how to order something at a restaurant. For this we're going to use hätten gern.

(You might recognize that little word gern from an earlier lesson when we learned how to talk about things we like doing.)

Hätten gern literally means "would have gladly", but is really the equivalent to the English "would like to have".

As an English speaker, here's another thing you might find odd about ordering in a German restaurant:

When German speakers say they want a certain number of things (two sodas, four hamburgers) they don't use numbers. Instead they say how many times they want that item. (Two times soda, four times hamburger.)

It may seem a little weird to English speakers, but it sounds like this:

Hopefully you don't need any more than five hamburgers at the moment. If you get hungry later, you can pop over to our lesson on numbers to learn how to order a whole lot more.

Jens and Julia place their orders

Jens gets pretty nervous about this date, so he starts mumbling to himself, rehearsing his order.

Julia arrives and finds Jens talking to himself, but that doesn’t seem to bother her. She compliments Jens on the wonderful restaurant choice, and they head to the counter to order.

Using what you've learned in this lesson, see if you can figure out what they order. Click to see if you got it right! 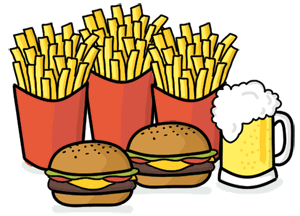 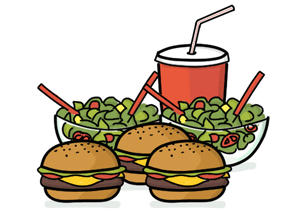 Hmm. Maybe Jens and Julia are a good match after all.

Take a moment to practice ordering for yourself. Here's the menu again. What would you like?