introductions, personal pronouns, formal vs informal address, and the important verb "to be" 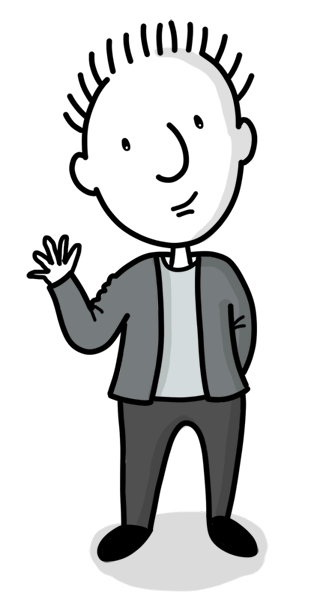 Meet Jens. He will be your German tour guide during this brief exploration of the German language. He’ll help you navigate the basics of German grammar and vocabulary.

Jens just introduced himself. Don't be rude! Introduce yourself back!

That wasn't so hard, was it? You're learning German already!

Jens didn't pay much attention to his language classes in school, so he likes to stick to vacation spots where he can speak his native language, German. That leaves him with three main choices: 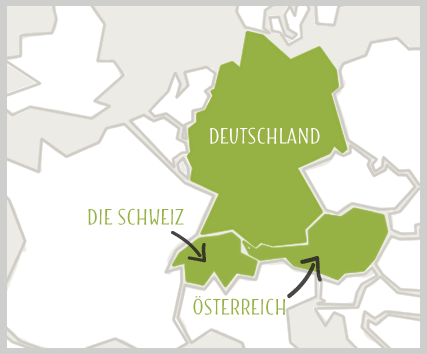 Jens loves The Sound Of Music, so he decides to explore Austria. But when he goes to buy his train ticket, his credit card is declined...

... I guess he's staying in Germany for a while.

That's great news for us because it means he can help us learn a little German (Deutsch). But that's bad news for Jens. Now he's stuck on his grandma's couch for the summer, and he doesn't exactly have the nicest things to say about his family... 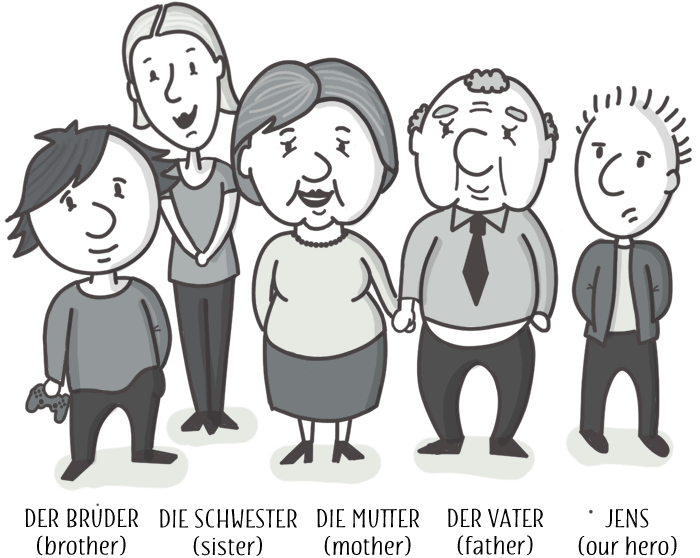 Jens is bringing you home to meet his family! In order to follow the family gossip, you'll need to know the little words for I, you, he, she, it, and they.

You'll also need to know this basic verb: to be. In German, notice the verb morphs slightly depending on who it's describing. (We'll get into that more later, but for now, take a look at this one verb.)

So how does Jens describe his family members when they aren't listening?

Jens, tell us about your brother.

What about your sister?

How about your parents?

What about your house? How would you describe it?

Jens, do you have anything positive to say? How would you describe yourself?

Take a second to figure out how you might describe some of your own family members using the new verb, to be. (Don't worry, we won't tell them what you say.)

Formal vs informal in German (how not to offend Jens's grandma!)

What’s all this formal and informal nonsense? Before Jens can bring you back to meet his grandma, we have to clear something up.

But in German, they have a completely different word for you depending on whether you are speaking informally (to a friend) or formally (to a superior or a stranger).

So if you want to ask a person if they speak German, you’d have to decide whether or not to use the formal or informal.

So how would you ask Jens’s grandma if she speaks German without offending her? Which “you” pronoun would you use? 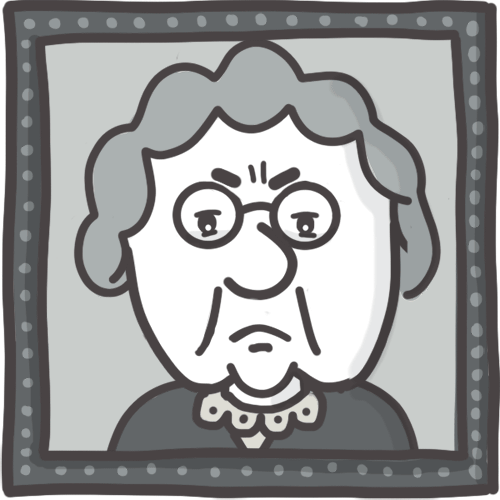 (Don't forget it! You do not want to offend Oma!)