How to ask questions in German

Who? What? When? Where? Why? How? How much? How many? (Plus Jens and Otto clean Oma's basement) 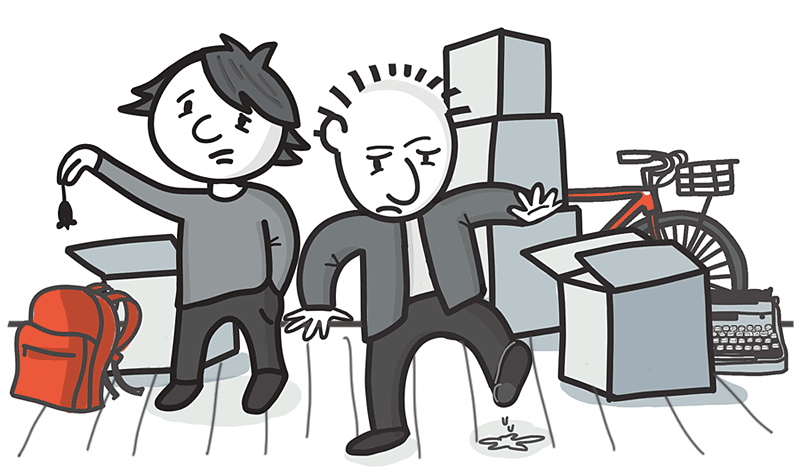 Jens was already having a rough summer living with Oma. But now Oma is leaving for a week-long vacation, and she has demanded that Jens and his brother, Otto, clean out all the boxes in the basement.

The two brothers agree (because you can’t really tell Oma no.) However, they quickly learn that they have no idea where any of the stuff in the boxes came from or what to do with it.

If that wasn’t bad enough, Otto is turning out to be less than helpful. He’s nothing but an endless string of questions. (So let’s learn some German question words!)

Play
Was?
What?
Play
Wo?
Where?
Play
Wann?
When?
Play
Warum?
Why?
Play
Wer?
Who?
Play
Wie?
How?
Play
Wie viel?
How much?
Play
Wie viele?
How many?

Basic questions in German are formed using this pattern:

Play
Wo sind die Bücher?
Where are the books?
Play
Wann beginnt der Film?
When begins the film?
Play
Was ist das?
What is that?

Pretty straightforward, right? However, when you form more complex questions (by adding an object into the sentence), the word order might seem a little strange. Here’s the pattern:

Wie viel Zeit haben wir?
How much time have we?
Wie viele Kartons hat Oma?
How many boxes has Grandma?

It might seem complicated, but the more questions you hear, the more comfortable you’ll get with their structure.

Let’s listen to Otto and Jens as they clean. Pay attention to the question words. (Don’t worry. There will be plenty of questions because Otto just won’t shut up.)

While the brothers are cleaning, they come across some interesting items. 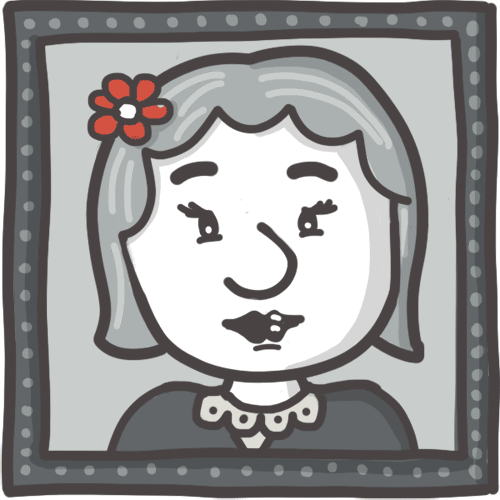 After several hours of going through the boxes, Jens realizes that Otto has no organizational skills…at all. He can’t remember which boxes he’s gone through or where he put any of the things he sorted. And Jens cannot take any more of his questions:

Jens decides he’s better off working alone, even if that means he has to spend the rest of the weekend organizing Oma’s mountain of boxes. (Poor Jens.)

Otto talks to himself

If Jens seems overly cruel, we should also mention that Otto has a habit of talking to himself. Annoyingly, Otto mostly asks himself yes/no questions and then answers them before Jens can say anything. (It’s part of the reason Jens asked him to leave Oma’s house.)

Forming yes/no questions in German is pretty easy. You take a statement (a regular sentence) and flip the subject and the verb to make it a question: 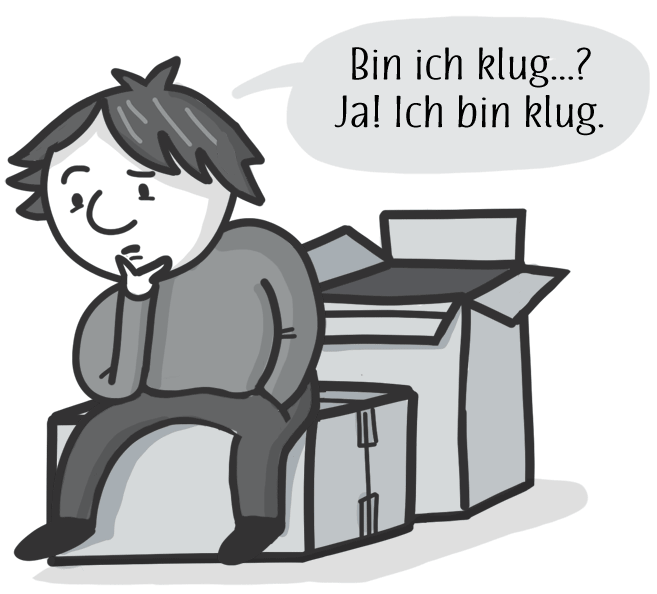 Jens is going to have to clean the rest of the basement on his own, but at least he won’t have to listen to any more of this! That seems like a win for Jens.